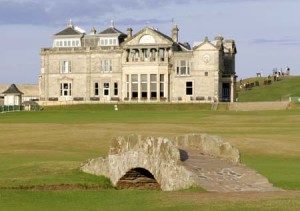 This event starts in

The Alfred Dunhill Links Championship is one of the world’s leading golf events and is one of the most prestigious tournaments on the European Tour.

The first Championship was staged in 2001, but before then Alfred Dunhill’s connection with St Andrews, through the Alfred Dunhill Cup, goes back to 1985.

We're currently in the process of sourcing properties for this event. Please call us now to discuss your requirements on +44 (0)1253 795 900